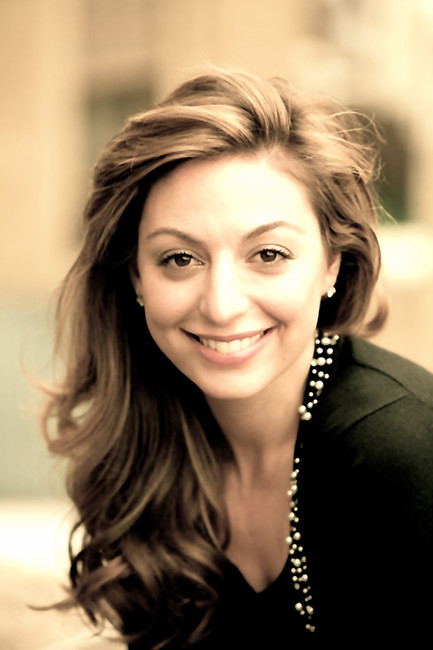 Talya Smilowitz began her tenure at our congregation in June of 2009.

It is her love and passion for singing and music, Yiddishkeit, building community, embracing her Jewish heritage and teaching that has drawn her to a career as a cantor.

She was was born and raised in West Hartford, Connecticut where her parents instilled in her a love and passion for Jewish life.  Talya’s vocal talent was evident in the many shows she participated in during her formative years culminating in the Tanglewood Summer Institute after her junior year in High School, and her bachelors and masters degrees in vocal performance from The Juilliard School and Manhattan School of Music, respectively.

Talya has appeared in prestigious venues all over the world, including Carnegie Hall, Alice Tully Hall, The Broadway Stage, Opera and Symphony Halls all over China, Cabaret venues, nightclubs and sang the National Anthem at Citifield for the New York Mets.  Versatile in various musical styles and genres, Talya has toured France performing with a Klezmer ensemble.  Talya is now the lead singer of a Jazz ensemble called  “Thread of Blue” and continues to perform in a variety of diverse venues around the tri-state area https://www.reverbnation.com/threadofblue.

Talya has found teaching and working with children to be very rewarding. Her current work teaching Hebrew, as well as interacting with children, watching them grow and achieve their goals has been extremely fulfilling.  Talya is also a certified yoga instructor, and is interested in exploring the interplay between Judaism and yoga.

Talya Smilowitz lives in Sea Cliff, NY with her husband, Yoni Komorov and their children Eliana and Ilan.