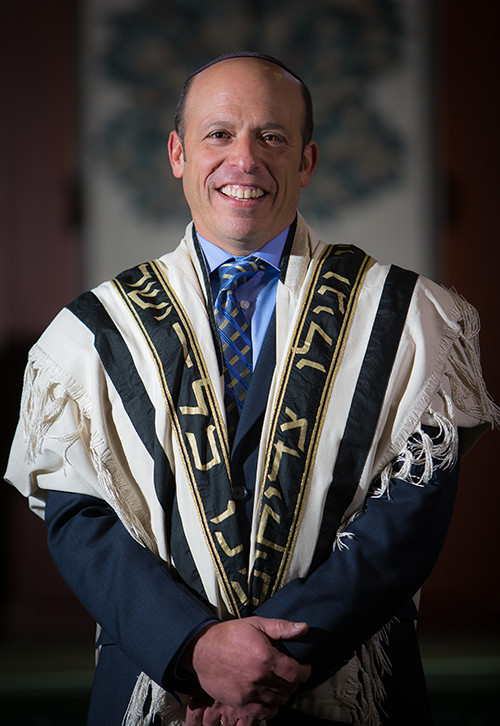 Rabbi Moskowitz is at the center of Congregation L’Dor V’Dor and began his tenure here in the Fall of 1999.  After his ordination from the Hebrew Union College-Jewish Institute of Religion (the Reform movement's seminary) in 1991, he served as the Assistant Director of the 92nd Street Y's Bronfman Center for Jewish Life, where he directed the Center's renowned outreach programs.  Under his leadership the introduction to Judaism class, "Derekh Torah," gained national recognition.

In addition the Jewish children's and family programs grew four fold, impacting hundreds of families on Manhattan's Upper East Side.  He is a devoted Jewish teacher, sharing with us his love of the Bible and Jewish philosophy.  He has taught in the internationally acclaimed Florence Melton Adult Mini School, UJA Connections, and the Institute for Adult Jewish Studies.  He is active in the education of the children in our congregation, offering a Rabbi's class for each grade, studying the Torah portion with each bar/bat mitzvah and helping to oversee the religious school program.  In addition to the multitude of adult education programs being offered for synagogue members, Rabbi Moskowitz is deeply committed to Israel and travels there every year to study at the Shalom Hartman Institute.  He was one of only two Long Island rabbis selected to participate in the Institute's prestigious Rabbinic Leadership Initiative.

In July 2010 he was named Senior Rabbinic Fellow of the Shalom Hartman Institute.  A number of his sermons and articles have been published, most recently in Hadassah magazine and of course his writings and thoughts can be found on his blog: rabbimoskowitz.com as well as on Times of Israel.  He is also an avid cyclist, swimmer and triathlete.  He is married to Rabbi Susie Moskowitz of Temple Beth Torah of Melville and is the father of two adult children, Shira and Ari.